High-quality go stones are traditionally made of slate and shell. The cheapest, relatively thin stones cost around €150–200 for a set, and the highest-quality, thick stones can easily cost €10,000 or more.

Recently, in Japan it has become a problem that big enough hamaguri clams, which are used for white go stones, are getting increasingly rare due to overfishing. Because of this, the price of stones that originate from Japan is getting ever higher, and traditional go stone manufacturers have started importing clams from abroad, most notably from Mexico, for cheaper raw material.

A few months ago I came upon a material called ‘tagua nut’‚ often nicknamed ‘vegetable ivory’ or ‘faux ivory’ due to the fact that when cut, its colour and consistency resemble that of ivory. Tagua has traditionally been used for buttons and even chess pieces, but it seems to have lost out to plastic in mass manufacturing.

I got intrigued by the material, and went so far as to get myself a few nuts and see if they could be made into go stones. Here is the result: 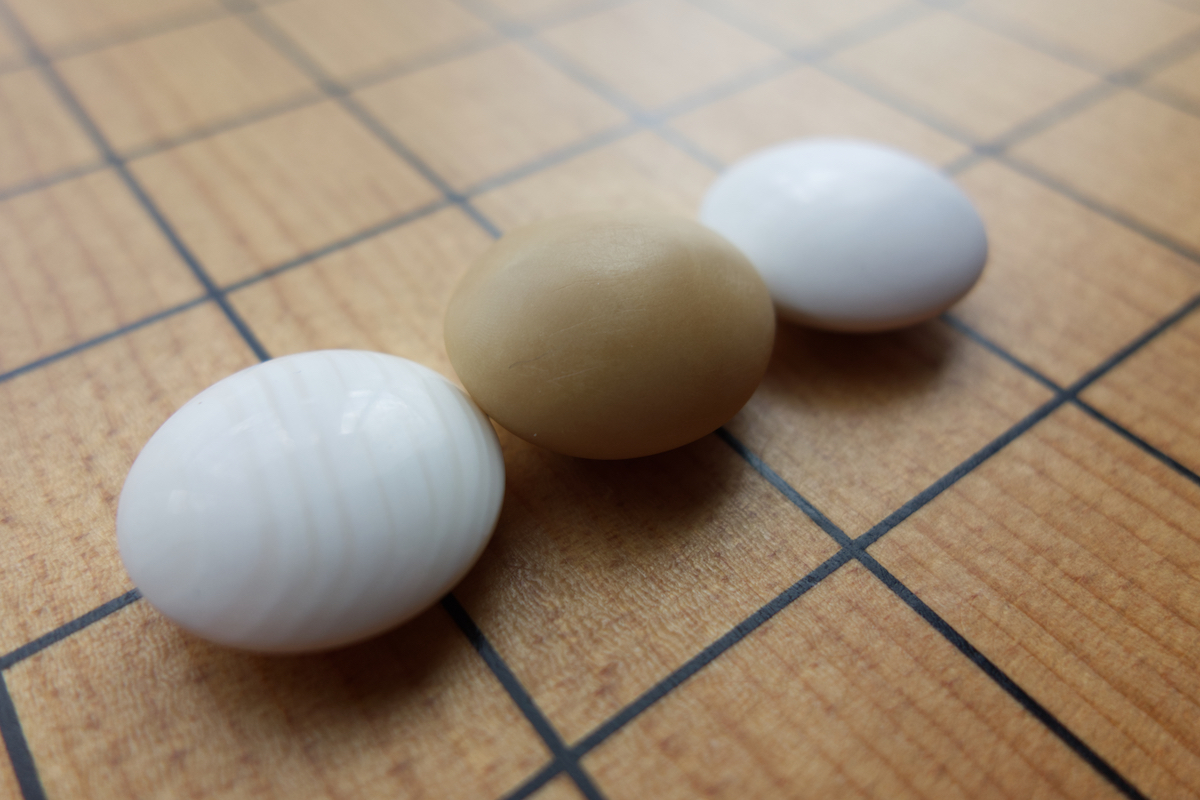 The stone in the above picture is still imperfect – for instance, it is not yet completely round and smooth because of the basic equipment that I made it with (hacksaw, sand paper and a lot of time). Also, the stone would have to be dyed white or black to function as a go stone, as its natural colour is too close to the go board. Luckily, I’ve read that the nuts take well to dyeing.

Tagua nuts are much more quickly renewable than hamaguri clams, and their production (according to my research) doesn’t involve any kind of animal cruelty or major environmental hazards. Ethically, they are a superior alternative to the overfished hamaguri.

Here are some qualities of the tagua go stone: