The story of this year’s Danish Championship started almost half a year ago. Per tradition the tournament is held every year in the long weekend of ‘All Prayers Day’ – a Danish holiday on the 4th Friday after Easter. But, as we all know, this year the COVID-19 put a stop to almost all public activities, and the tournament had to be cancelled and eventually postponed.

Things eventually cooled down, and some months later government regulations were set in place, such that small events such as go tournaments became again possible. 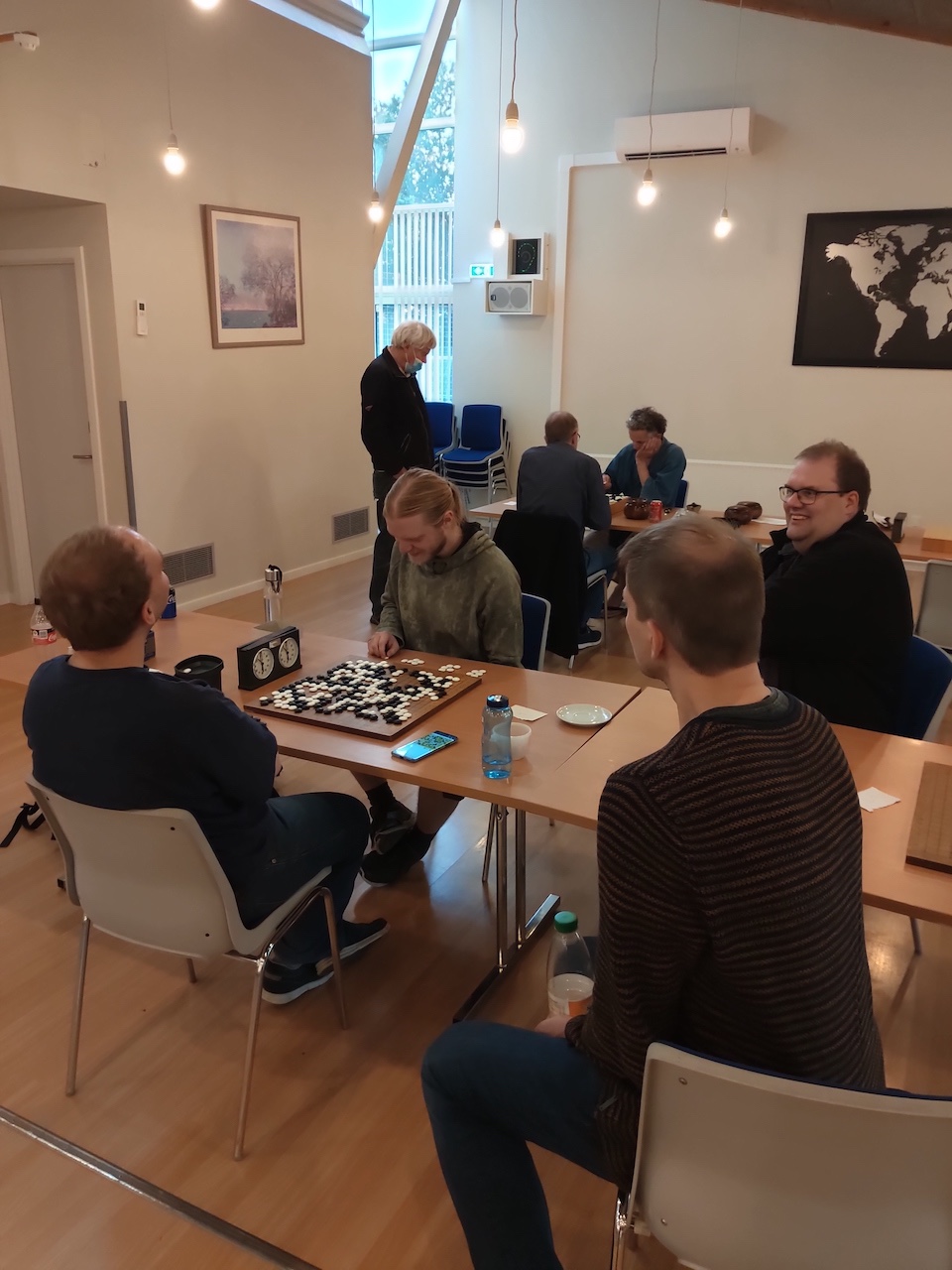 And, despite the obstacles we currently face, a total of 19 participants showed up to the tournament. This was actually even more people than last year’s Danish Championship, which is quite impressive! Still, there was a dance with how to deal with the COVID-19, but we managed as well as we could. I calculated a rough estimate of the risk of someone showing up sick without their knowledge to be around 0.5–1%, or between 1 in 100 to 200. It was unlikely, but still enough to warrant some caution.

For the actual tournament, there was good competition and good spirit amongst the participants. For the title of Danish Championship, one could say that there were four people who were the favourites to win it: three 3-dan players and a 4-dan player who had kept the title for three years running.

Here the report takes a personal turn, as I was one of those four players. As the COVID-19 had forced most of us to stay home, I had taken this opportunity to sharpen my go skills over the last couple of months, for instance by participating in programs such as the ngd. And this was the time to see if everything had paid off. 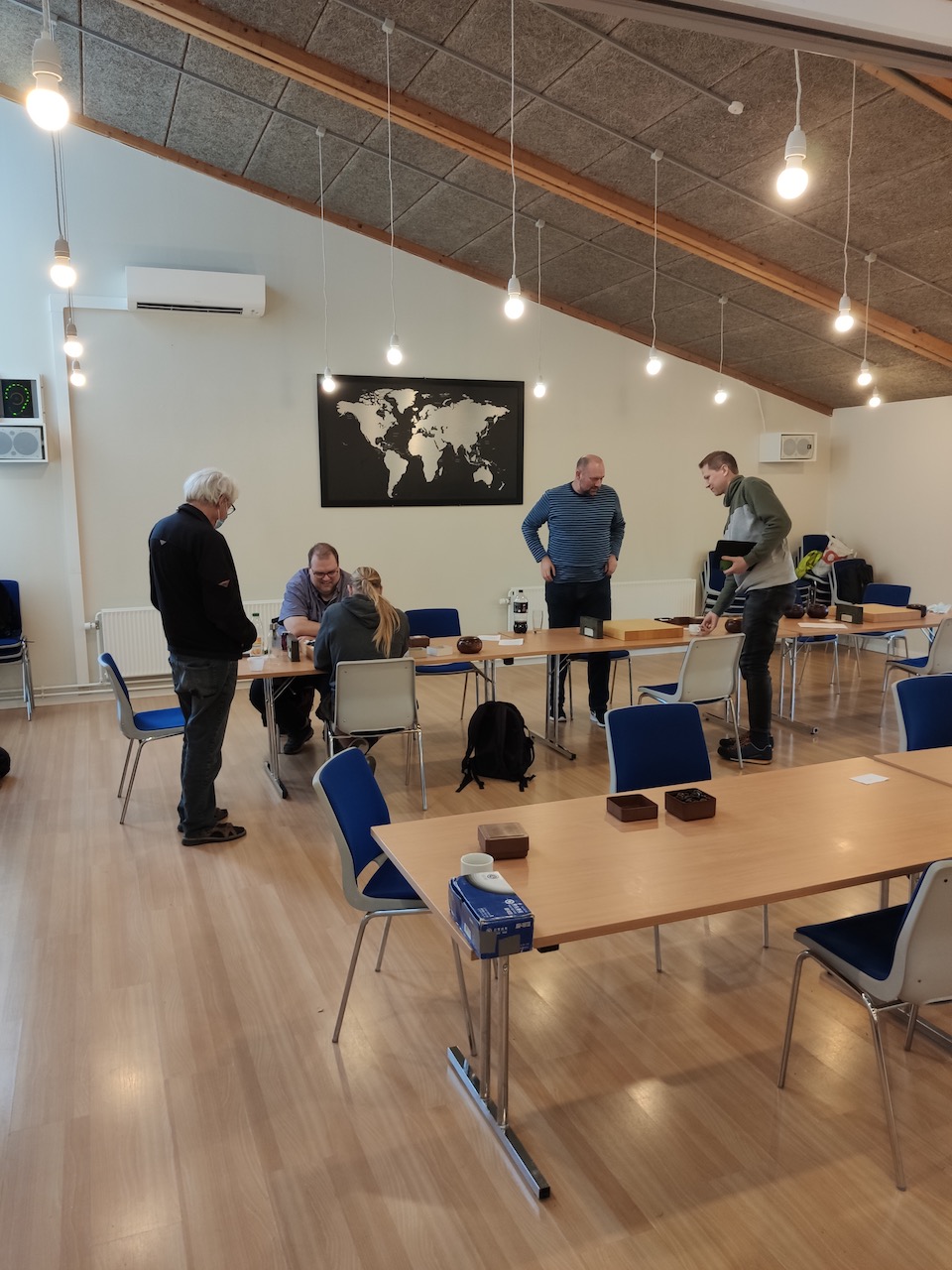 After two days things were looking good. I was 4-0 and, of the other favourites, I only had yet to face Søren Ohlenbusch 4d, who was the three-time defending champion. Luckily for me, he had lost a game to one of the others, so a loss would only mean that the championship would eventually be decided in a rematch per the Danish Championship rules.

As those who have played in these kind of tournaments know, on the last day is where fatigue starts to kick in. My opponent was even unfortunate enough to start the day with an upset stomach, which didn’t help his game condition. The game became long and gritty, with some large swings in between, but eventually in a final lapse of concentration my opponent made a fatal mistake, and I was lucky to become Danish Championship for the first time!

The tournament ended with a prize giving. Players in the top group did not receive prizes, but were instead awarded world championship points for the kpmc and wagc. Mikkel Kragh Mathiesen won an ngd voucher of €40 awarded by lottery to those interested. Kyū players with four or more wins won gift cards to a board game shop or a local café. And the youngest participant of the tournament won a prize for being the fastest player of them all!

The full results can be viewed here. Attached below is the decisive game with a commentary by Antti.